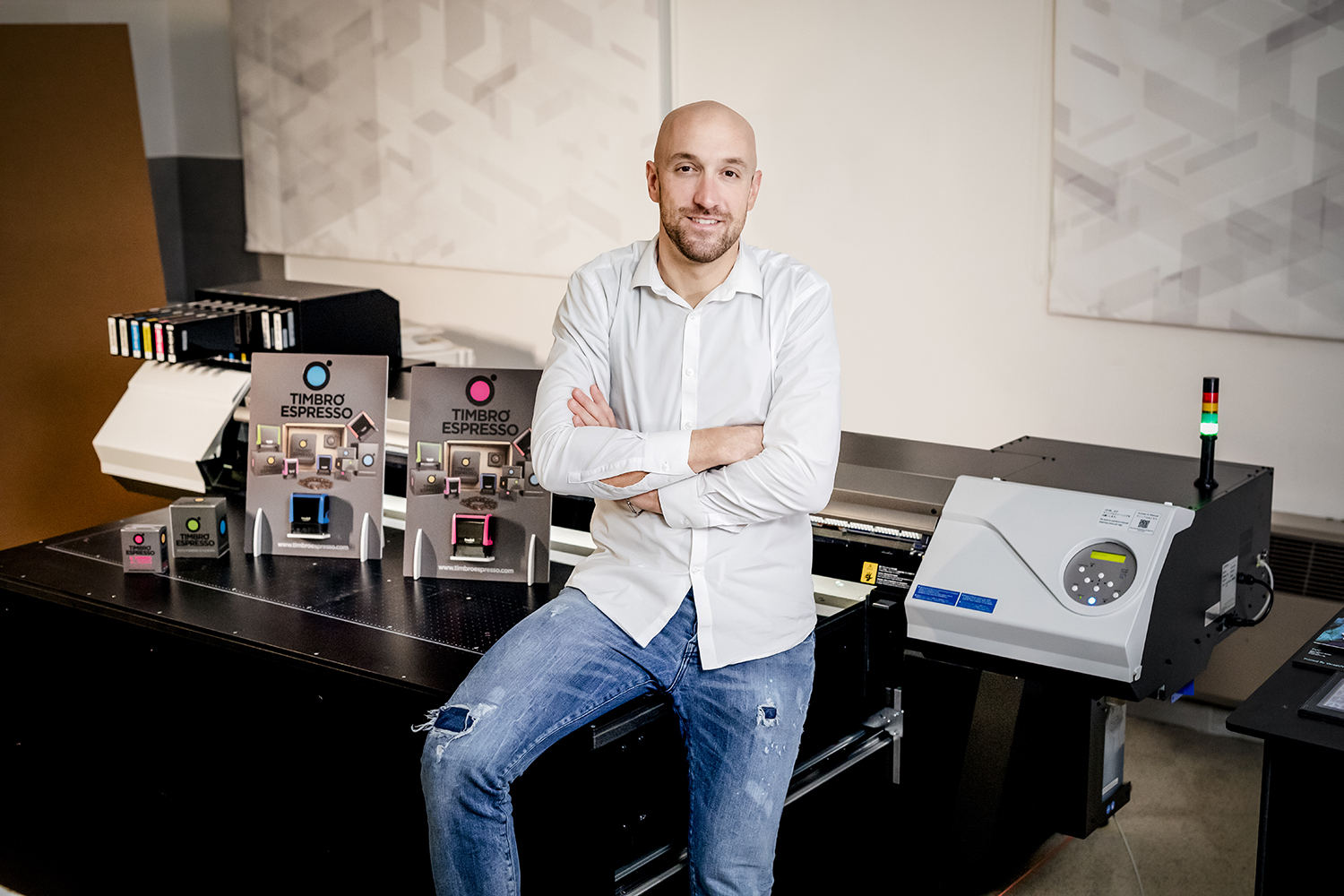 Gianluca Mazzarini, owner and proprietor of Tipolitografia Mazzarini, is based in historic Jesi, in the middle of the Marche region of central Italy - a land rich in history, creative culture and artistic experimentation. As soon as we entered, we were struck by the wide variety of creative applications available in his graphic arts workshop; and that they are all the work of a single person: Gianluca, to be precise.

"Our business was born here, in this region, 40 years ago, initially with traditional typography, hand-created by my father, a typographer. But we have evolved."

Gianluca explains the history of his business, telling us about the transition from small format to large format digital printing. From "roll to roll" printing on paper, to external printing, through to UV flatbed small-format printing with the Roland VersaUV LEF-20. Before reaching the recent revelation of large format flatbed printing and the acquisition of a VersaUV LEC2-640S-F200. 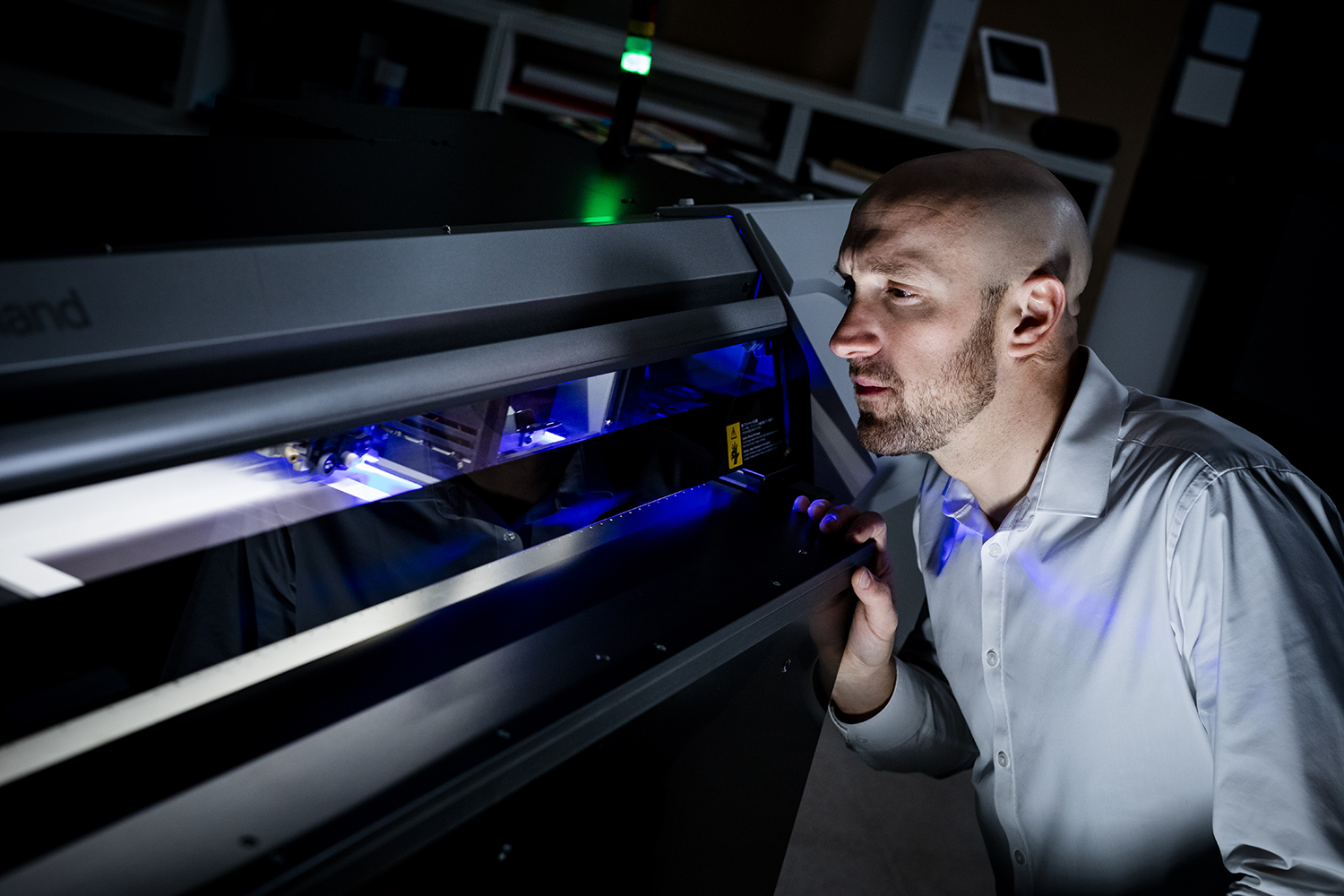 "Switching to flatbed printing with Roland has opened up a new world of unlimited potential."

Gianluca describes how he was able to start printing on rigid materials, such as wooden surfaces and objects, expanding his business into more markets, all thanks to his LEC2-640S-F200:

“The Roland S-series allows you to print on different surfaces and objects with a thickness of up to 20 cm.”

In addition, Mazzarini added a cutter to his workshop, allowing him to finalise certain jobs by folding and cutting the printed cardboard, for example, to create exhibitor displays and creative, multicolour packaging. 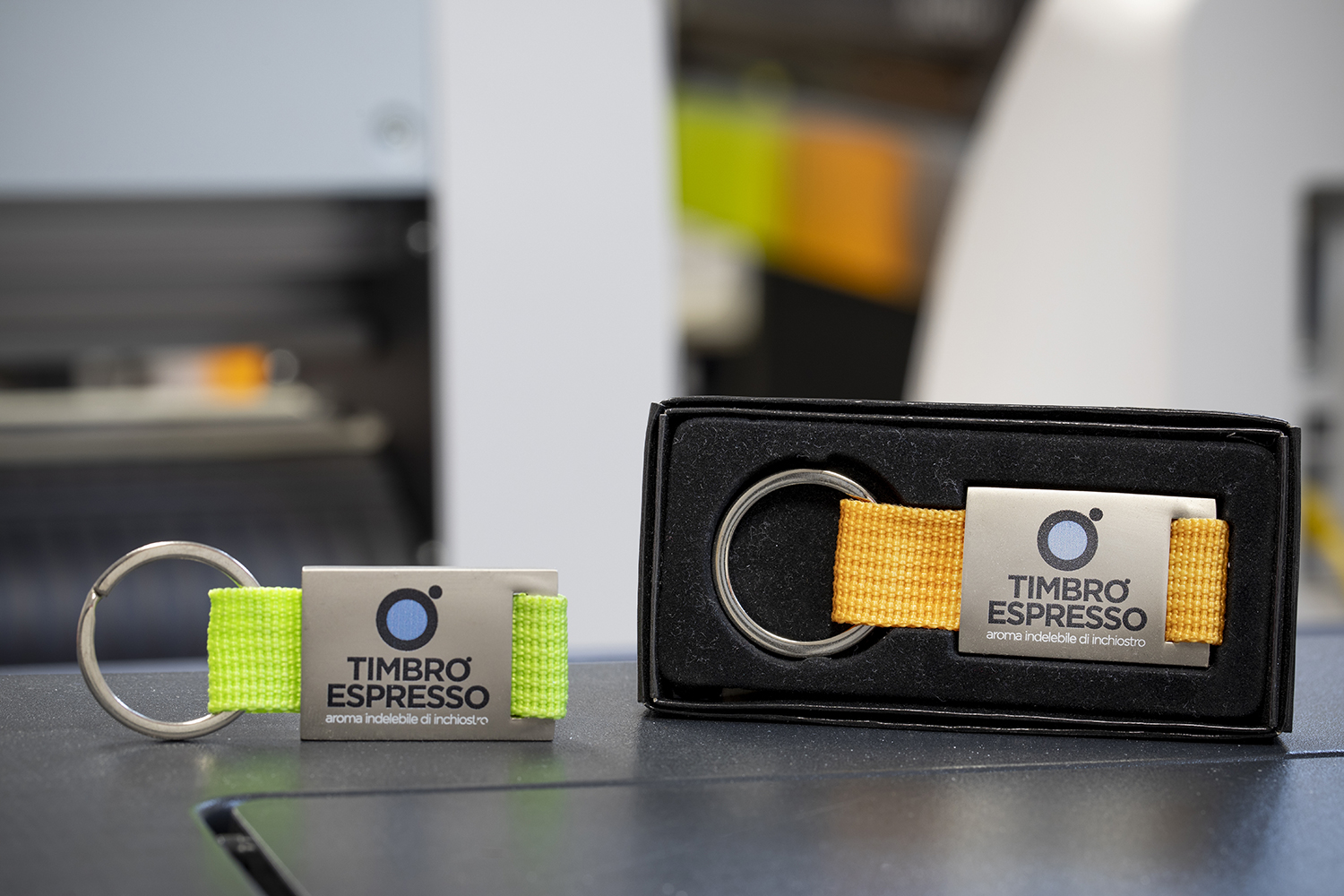 "One wonderful advantage of this machine is that it allows you to create minute details, with very high resolution and precision."

An important strength for businesses such as Gianluca’s is the ability to print on objects such as a pen or keyring, made possible by the very high print quality. This is achieved thanks to the EUV5 inks, which offers a combination of CMYK, orange and red, allowing the reproduction of a wide spectrum of colours and very high detail definition. 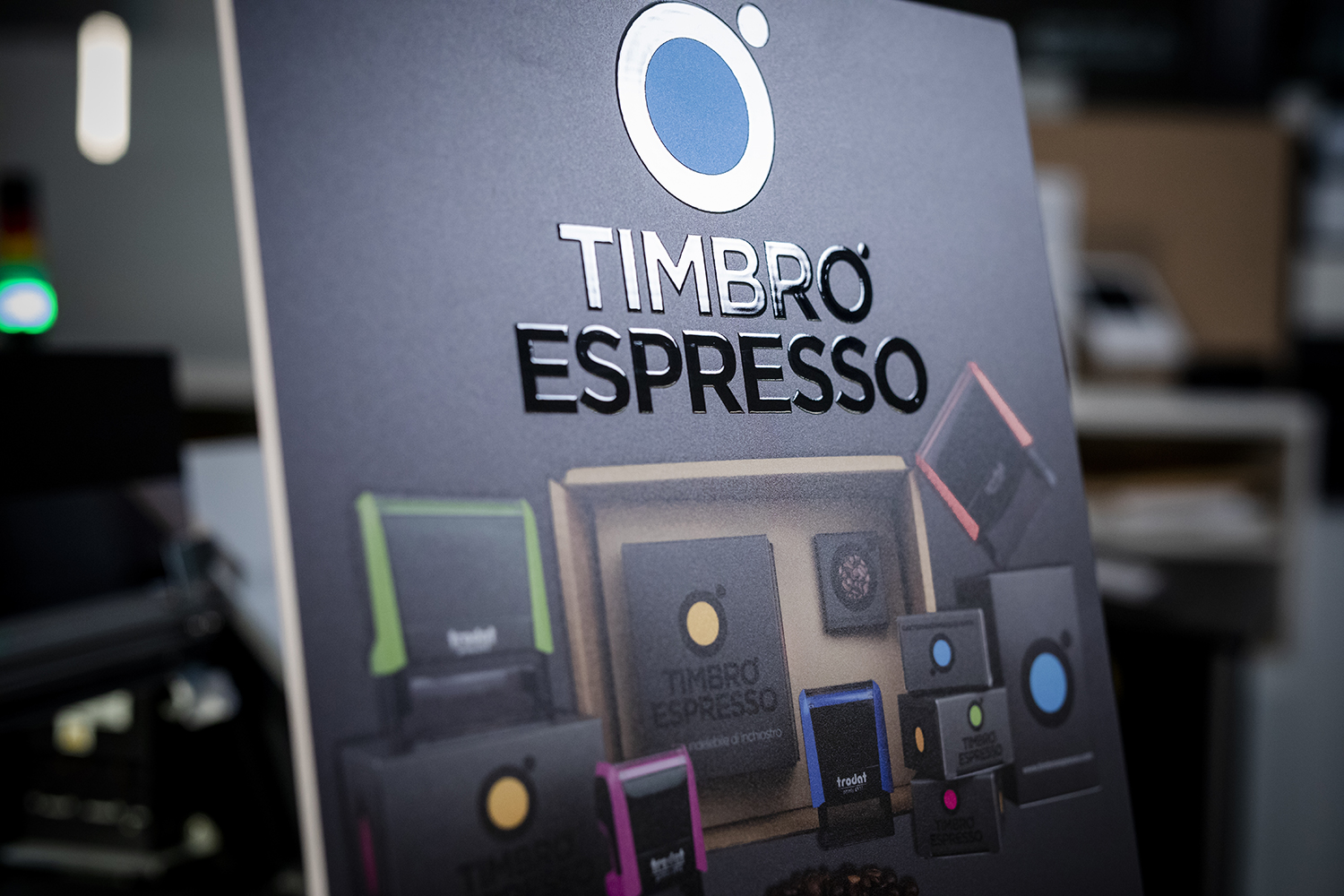 UV printing and embossing for a counter display, with Roland LEC2 S-Series.

Mazzarini is also keen to stress that he has found the characteristics he was looking for in Roland LEC2-S: versatility, ease of management and high print quality, combined with serious after-sales assistance.

"We were finally dealing with a company that not only makes products of the highest quality, but also had the philosophy that we liked: it was capable of giving us genuine, relevant and concrete technical support."

Technical assistance is a major factor when choosing a professional device for your business and is something that shouldn't be overlooked. A business such as Gianluca’s, is based on the combination of creativity and technology, and is expressed through a wide range of applications that meet the multiple needs of his customers. Gianluca says:

"Today's craftsman is a technological craftsman who retains his traditional knowledge. A knowledge that can be amplified by appropriate technology, to create and sell a product that removes itself from the barbaric war of costs." 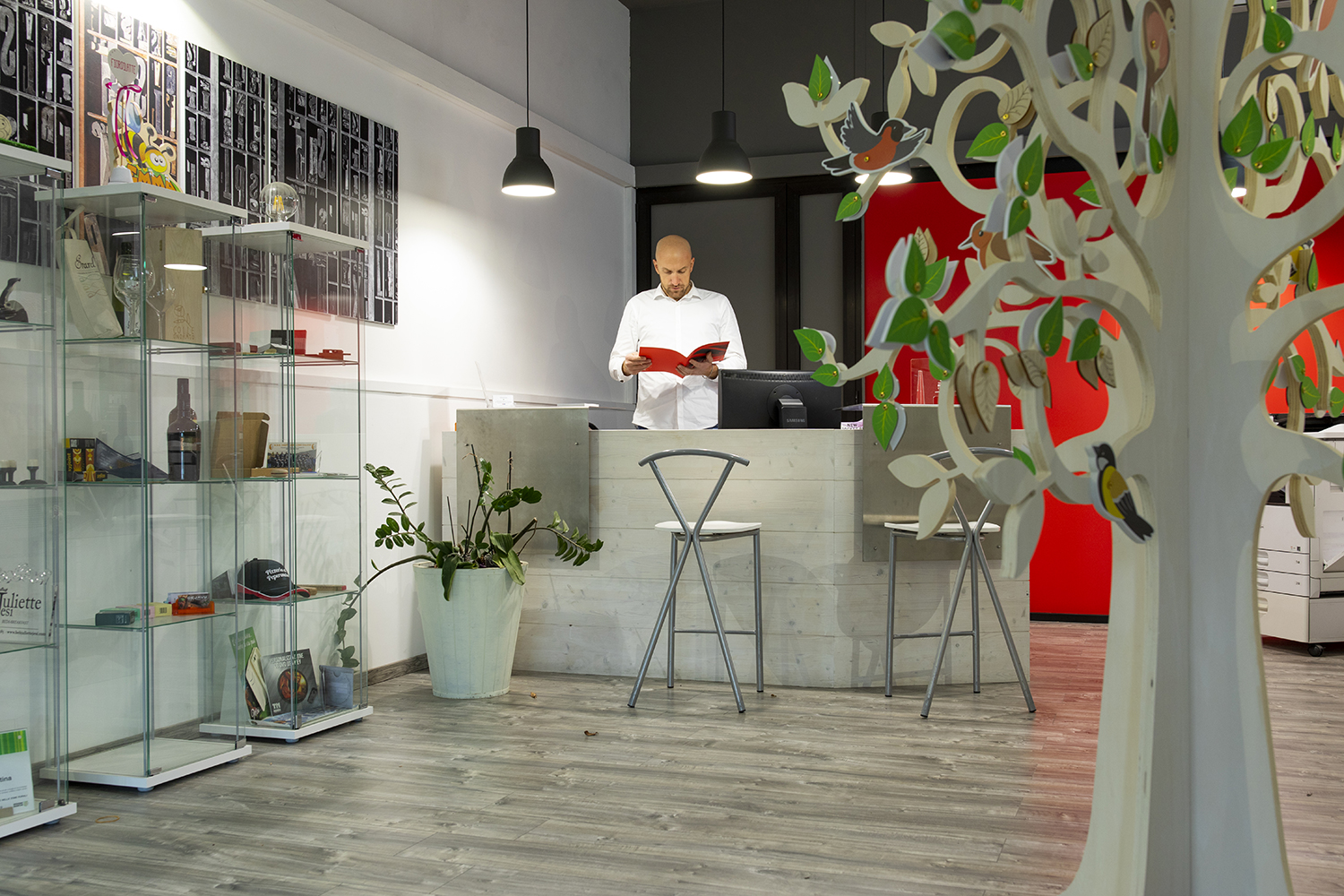 Gianluca Mazzarini, in his workplace, between creative applications and new inspirations.


This "barbaric war of costs" can only be won - according to our technological craftsman - by creating a unique product, the value of which is achieved through highly creative content and originality. A product which defines excellence.